About the Meditation Master 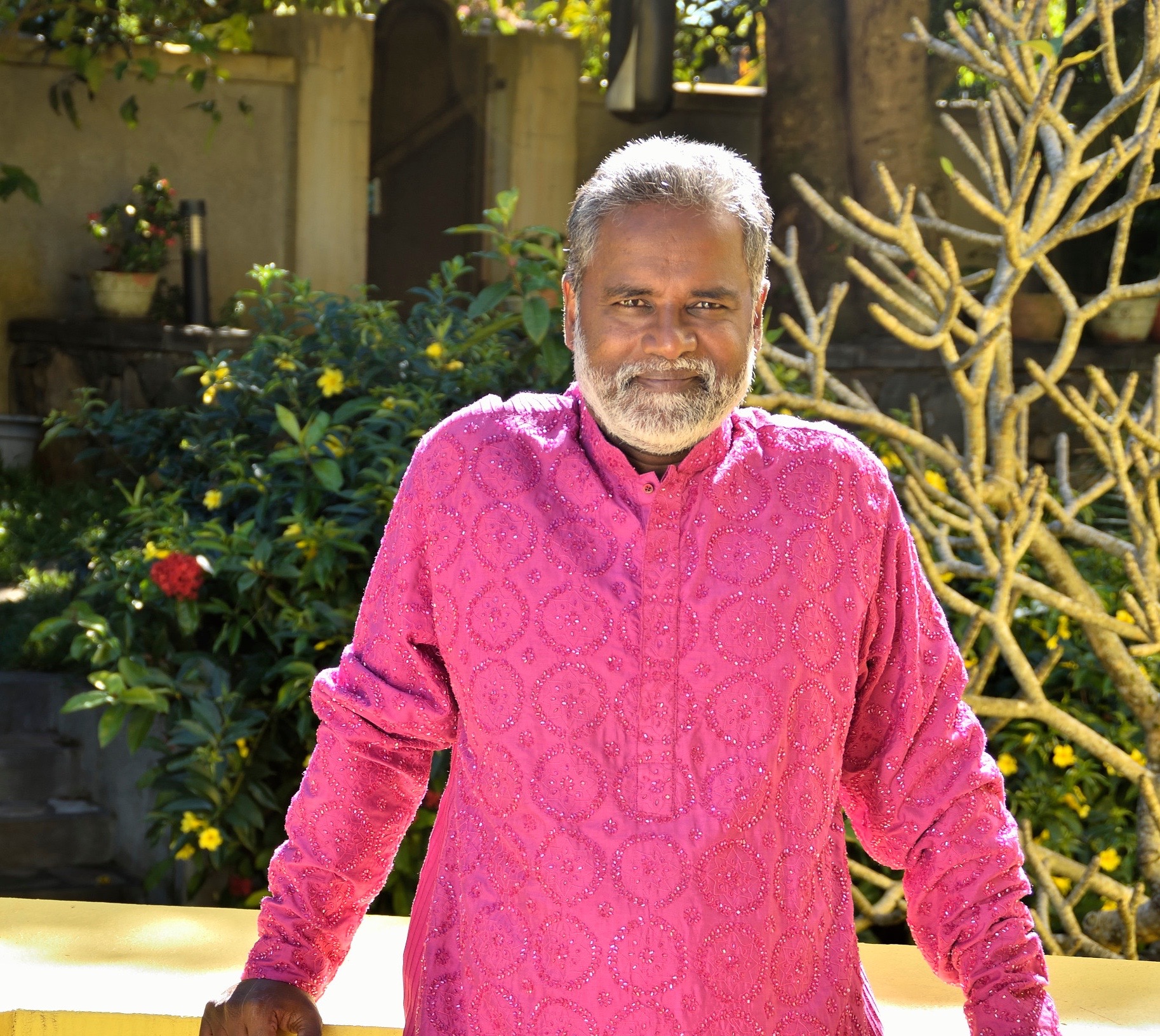 " A friend, a Meditation Master and a Guide, teaches us how life is immense beyond description! The way to experience such bliss is to become more and more aware and the key to eternal bliss, peace, happiness and power is through the Art and Science of Meditation par Excellence "

" Once upon a universe, a Master is born and the whole universe witnessed his birth…. "

Swami Paramananda is an extraordinary soul wearing the garb of an ordinary man who has something to impart. Leaving no stone unturned, he travels the world helping people from all background to learn the real Science of Meditation! He was born in 1959 in Mauritius. His spiritual search started at a very tender age and was accelerated by a vision of Lord Jesus. After years of meditation, he attained enlightenment in his early twenties, from then, he decided to raise global consciousness to eradicate all kind of problems that are crippling Humanity. Despite carrying the title Swami, and supportive of all mainstream religions he is not a Hindu, Buddhist, Christian nor does he belong to any religion. Title Swami broken down translates as "Swa" meaning the higher self or soul, "mi" means the lower self or the individual. Through intense meditation practice, he has transcended his lower nature to attain the higher Self. In brief, he is like a seed which has become a tree and has bloomed into flowers which emanates the fragrance of love, peace and virtue.

He is charismatic. He is cosmic. He is oceanic. He is tantric. He is a rare living Buddha in this 21st Century. He will guide you, advise you, befriend you, lift you spiritually and make your being, ready to reach its ultimate goal in life - Enlightenment! With him, you will experience a spiritual renaissance and he is also be the one who will reveal all the esoteric and exoteric secrets of the universe and teaches you a plethora of meditation techniques which will relieve you from the greatest epidemic diseases – STRESS, ANGER, JEALOUSY, HATRED, CORRUPTION and instead you will be totally transformed into a halcyon pool of energy, peace, love, harmony and cosmic power. Each person who comes into contact with him may describe him differently. For some, he is a compassionate friend and a Guide, others a Scientist of the Inner World!

Apart from teaching meditation, Swami Paramananda has also delved into all the scriptures and has revealed hidden truths in all scriptures in the world. Being a published international writer of more than 25 books – the jewels of the 21st Century, he has bequeathed mystical knowledge in its most purest and quintessential form to Humanity. If meditation can transform the world and the inner self, knowledge of wisdom can also transform the individual. His books are windows opened to one's inner self, his books are solace to the disturbed soul, his books are torches to light human beings dark tunnels and his books are the answers to each and every human being's question about the self, the transcendental self, the universe, beyond the universe, scriptures, symbols, the relationship between the microcosmic entity and the macrocosmic entity, health, wealth, stress and a galaxy of pearls of wisdom.

He is been solicited worldwide due to his spiritual attainment & a unique ability to interpret complex spiritual truths in a simple & logical manner using a purely scientific approach. He also regularly submits articles related to meditation, health and spirituality in magazines. He has given countless scientific meditation techniques, both passive & dynamic, modern and traditional, as a single method cannot be equally effective for everybody as we are all unique individuals of differing temperaments. Part of his work abroad also included participation in international conferences where he has submitted papers to overseas international organisations such as UNESCO on subjects related to self education and self empowerment. He has also discoursed on radio channels including the BBC amongst others in the UK as well as delivered meditation programmes in Poland, South Africa, Mauritius, USA, France and Canada. In this world full of corruption, full of spiritual distortions where charlatans claim themselves to be Swamis even if they have never experienced their inner self, full of glossing of scriptures, full of hatred, violence, humanity will not change unless each person goes on a self discovery journey towards his inner self and this is only possible in the presence of a real Enlightened Master !

With love and Peace 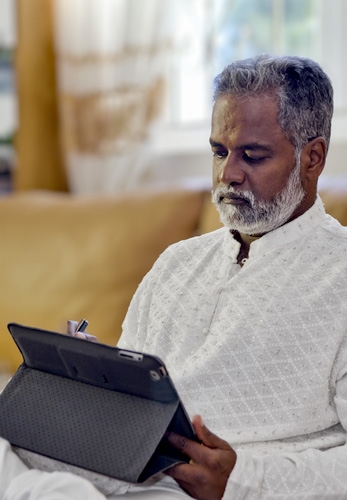